For those of you blissfully unaware of the many crimes of Lawrence Bittaker, I will spare you the lurid details and mention simply that he and his partner rode the California highways in a van from which they abducted young women who never lived to testify against them.

During my travels and wanderings, I spent time working for a private investigator, mitigation specialist (criminal psychologist), criminal attorneys, and 20 young interns at the California Appellate Project in San Francisco.

While typing up a brief I suddenly experience a flash of recognition, and carried the papers into the office of my boss–the private investigator.

“I recognize this guy! I’ve read about him in books about serial killers.”

In addition to working on his appeal brief (as a secretary / word processor), I composed letters to Mr. Bittaker informing him that his attorney would be visiting him on a certain date and at a certain time, and would he please have the courtesy of attending this meeting? Mr. Bittaker frequently refused to see visitors.

Long before I came onto the scene, Mr. Bittaker had written a novel about a serial killing team who roamed the California highways, abducting, torturing, assaulting, sexually abusing, and murdering young women. His attorneys plead with him to cease and desist, and destroy the manuscript, as they believed it could be used as evidence against him. But Mr. Bittaker insisted, “But it’s a work of fiction.”

Mr. Bittaker sent his only copy to his CAP attorney, but the entire book was lost in transit.

Mr. Bittaker believed there was some foul play involved; that someone was trying to steal his novel for their own gain. He sent the delivery company numerous requests to track and locate the book, but without success. He also enlisted the help of his CAP attorney, who also contacted the delivery company, to no avail. “You know how sometimes things are simply lost in the mail?” he asked, “Well, it seems this is one of those times.”

One day I received a letter addressed directly to me from Mr. Bittaker, explaining about the lost book, and how he had attempted to locate it. “Since I can get no satisfaction from my CAP attorney,” he wrote, “I’m writing directly to you to ask for your help in resolving this situation.”

I think it helps to understand Mr. Bittaker’s grasp of how things work that he went over his attorney’s head directly to his secretary.

I brought the letter into the attorney, and explained that I did not want Mr. Bittaker to write to me–ever. Nor did I like the idea that he even knew my name. Though securely locked in San Quentin’s death row, I feared he might somehow escape, and then try to visit me at my San Francisco home.

The attorney was completely in agreement with my fears and concerns, and instructed me to use the attorney’s name for all future correspondence.

I am happy to report that Mr. Bittaker, nor any other serial killer, has written to me asking for help since. 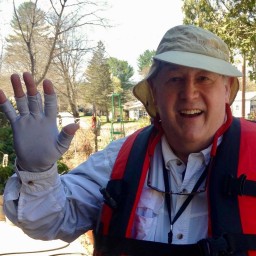